Author’s Note: I wrote the following screed back in May of 2012 on my personal Facebook Page. Besides my writing and photojournalism work, I am an 8th grade Science teacher. For the last two days, I have been teaching my students what factors are responsible for formation of the wind. After reading the textbook, me lecturing to them with visual aids and two videos (one even an animated cartoon), many of the students are still struggling to understand this simple concept. At the end of the day, I was thinking about how the length of attention spans, cognitive abilities and academic skills of the kids I teach today compares to kids I taught ten years ago. It was during this reflective moment I remembered writing the following: 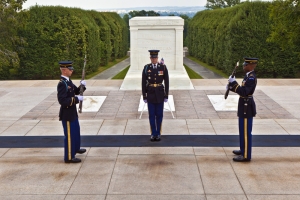 I was recently looking for a certain picture on an old hard drive and came across a folder of pictures from one of my favorite moments I experienced as a teacher. In 2008, several teachers, parent chaperones and I took approximately 60 eight grade students to Washington DC during Spring Break.

It was a difficult task to raise the money, but the kids came through. With a few donations from the local business community and teachers, we were able to make a trip possible that literally changed kids lives.

The most memorable event for me from that trip was our tour of Arlington National Cemetery. During this tour, we split into groups. With myself and our group of kids were two other teachers, my friends Mike, who was the orchestra director and Dean, a fellow science teacher and coach. As we walked towards the public viewing gallery, we saw a funeral in the distance on a hill for a naval officer that I later found out had been recently been killed in Iraq.

As we sat the kids down in the gallery bleachers, my first instinct as a teacher was to watch for the cell phones and iPods to come out and the kids to start “geeking”. However, they were totally transfixed by the lone sentinel as he walked his 21 steps, paused for 21 seconds, then turning and walking back to the point he started, repeating this lonely march until the white gloved relief commander came out to announce the Changing of the Guard Ceremony.

We had remained in the gallery to watch a special wreath dedication ceremony. As we waited for the proceedings to begin, the sad, melodic strains of The Naval Hymn came from the funeral ceremony on the hill. The melancholy melody causing a definite reaction in myself and the other two chaperones, as well as the kids. However, this was just a prelude of what happened next. As the ceremony participants placed the wreath, a lone trumpeter began to play taps to honor The Unknowns. As his trumpet sounded the familiar mournful lamentation, another trumpet from high upon the hill began playing the same somber tune. The two trumpeters, one playing, the other echoing the call. A chorus of condolences to all who had fallen in defense of our great nation.

My two fellow chaperones and I tried to put up a stoic front for the kids, but Oakley and RayBan shades hid the real truth of how that doleful duet truly affected us. One look at the kids and we knew…they too had experienced an event that would be with them for the rest of their lives.

Upon our return, there were noticeable changes in some of the students who spent their Spring Break visiting the nation’s capital. One of my students that was applying minimal effort in his studies ended up being commended on his Science and Social Studies TAKS test. Another student, who was unsure of himself went on to become a leader in his high school’s NJROTC unit. Several others former students that went on that trip have told me it was one of the highlights of their school experience.

One week from now, these kids will be graduating from high school and will take their first steps into the adult world. Some will be attending college, some beginning a career, while others will be pondering which direction to take on the road of life. I hope that myself and my fellow teachers gave them enough “life lessons” to be successful in whatever they may choose to do with their lives.

Some lessons that teachers provide can’t be measured with standardized testing or other forms of assessment. The most important tests for these young people lie ahead on their individual journeys. May all who I was privileged to teach pass these test with flying colors! 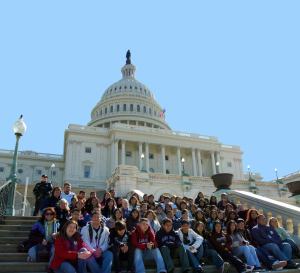 The kids I taught in 2008 were exceptional. Almost all of the approximately sixty kids we took on this trip were either recent immigrants or first generation American citizens of Hispanic origins. Many of the students in this group were English Language Learner (ELL) students. For those not familiar with that educational term, it means that English was not their native language. After graduation from high school, many went to college, or started vocational careers. Some now have families of their own and at least one that I am aware of lost a tragic battle to cancer and had her story cut short at a way too early an age!

After revisiting the past, and really thinking about the comparison of my current crop of students to those I taught ten years ago, it is my opinion that there is indeed a marked difference between the two. The students of today are not as functionally capable as those I taught ten years prior. The exposure to constant digital stimulation and total immersion in the culture of excess consumption, coupled with the beliefs and values  received via both the small and large screen, has had a detrimental effect on the youth of America.

Maybe my thoughts on this subject sound like the same sentiment teachers and parents had regarding my generation, but my generation sent men and women to space and built the basis for our modern technological civilization. What will the members of this up and coming generation contribute to the American experience besides daily Instagram selfies and the culture of “entitlement”?

I will have more to say on this in a future post!